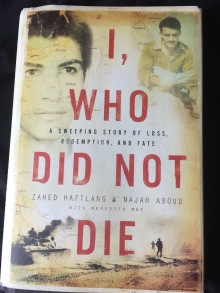 An inspiring book based on two soldiers of the Iran Iraq War written by Meredith May.
Najah an Iraqi soldier left for dead was saved by Zahed a young Iranian medic soldier on the battle field. Both imprisoned as POW, both were claimed dead by their families, both held on to their dreams to a point of manifestation!
One wonders after all the pain, fear, tears, lost and broken spirit how these two soldiers miraculously stayed alive and freed their way out of hell and into the hands of Canada’s haven.  Twenty five years later, here in this beautiful city of Vancouver, the two soldiers find themselves sitting across from each other in the lobby of a non profit organization VAST (Vancouver Association of Survivors of  Torture).  Now the recollection of the past have been written….the untold story is now unfolded….in fact this story will give you renewed hope in humanity. An example of the power of positive change respectfully.

Photos of the day the book signing took place at Chapters located Broadway/Granville St. Holding hands in a victorious gesture are Najah and Zahed 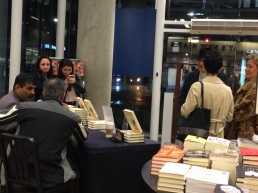 On this day the family and friends gathered to support them. it was indeed a memorable and proud day:)

Share this: I appreciate your interest. Thank you so much.

Works From the Index of the Foundation for Poetic Justice

The Ministry of Loves

Life as a Garden

Exploring how we can live our lives with purpose and joy.

Duplicate My Success
Lucid Being🎋

The Art Or Endeavour Of Being Lucid In A World We Live In... Secrets Of The Psychics... Energy, Universe, Futurism, Film, Empowerment...Digital Abstract Art Rendering...

Donald on Dining in and Out.

Fun and Factz 4 U : Learn And Earn Through Blogging

If you want to be a hero well just follow me

BeautyBeyondBones
We Who Run

for the love of running and fitness

BY GRACE THROUGH FAITH

"A community making waves" Everything great about surf and travel!